The Architect of Song by A.G. Howard ~ Blog Tour + Review

It's time for a little storytelling magic.

Brace yourselves bookworms, because A.G. is back with another heart-stealing wonder of a novel and it's so, so good!

International and NYT bestselling author, A.G. Howard is bringing her darkly magical and visual/visceral storytelling to Victorian England. The Architect of Song is the first instalment in her lush and romantic Haunted Hearts Legacy series, a four book gothic saga following the generations of one family as - haunted by both literal and figurative ghosts - they search for self-acceptance, love, and happiness.

Thanks to A.G. Howard and the wonderful people over at Rockstar Book Tours, I have a great line up for you guys today. There's a spoiler-free review, a few sneak peeks, a book trailer, and a MASSIVE giveaway that has 13 separate prizes up for grabs!

So thanks for dropping by my stop on The Architect of Song Blog Tour and I hope you fall in love with this book just as much as I did. 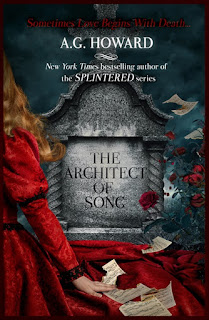 Grab your copy via: Amazon

Synopsis: A lady imprisoned by deafness, an architect imprisoned by his past, and a ghost imprisoned within the petals of a flower - intertwine in this love story that transcends life and death.

For most of her life, nineteen-year- old Juliet Emerline has subsisted – isolated by deafness – making hats in the solitude of her home. Now, she’s at risk to lose her sanctuary to Lord Nicolas Thornton, a twenty- seven-year- old mysterious and eccentric architect with designs on her humble estate. When she secretly witnesses him raging beside a grave, Juliet investigates, finding the name “Hawk” on the headstone and an unusual flower at the base. The moment Juliet touches the petals, a young English nobleman appears in ghostly form, singing a song only her deaf ears can hear. The ghost remembers nothing of his identity or death, other than the one name that haunts his afterlife: Thornton.

To avenge her ghostly companion and save her estate, Juliet pushes aside her fear of society and travels to Lord Thornton’s secluded holiday resort, posing as a hat maker in one of his boutiques. There, she finds herself questioning who to trust: the architect of flesh and bones who can relate to her through romantic gestures, heartfelt notes, and sensual touches … or the specter who serenades her with beautiful songs and ardent words, touching her mind and soul like no other man ever can. As sinister truths behind Lord Thornton’s interest in her estate and his tie to Hawk come to light, Juliet is lured into a web of secrets. But it’s too late for escape, and the tragic love taking seed in her heart will alter her silent world forever.

I had to pretend I was a different person in order to read this book.

First off, I'm still me and there's no Polyjuice Potion-esque action going on here. And secondly, even if you think there is I'll have you know I am not talented enough to make a batch of that complex stuff (I'm clearly an uneducated Muggle and am no Hermione!).

I do this a lot with books written by authors I adore. My fangirl brain is filled to the brim with so many expectations, emotions, and squealing that it makes it difficult for me to give you guys an unbiased opinion.

And when it comes to A.G. Howard...well let me just say my totally biased based on many years of fangirling opinion is that she's the Queen of the World and someone should just hand that lady a crown already!

So I had to pretend I had no idea who wrote the book - and it was in that state of mind that I read and reviewed The Architect of Song.

Let me just start with the motifs.

I promise not to bore you guys with my bordering-on-obsessive love of borders and motifs, but I just have to mention the ones in The Architect of Song! The little butterfly and flower vine swirls at the start of the chapters are everything.

And paired with A.G.'s ingenious use of proverbs to start each chapter off...pure and utter magic, my friends.

But what about the actual story, Booknut?!

Ah yes, before I get too carried away and start bookmarking all my favourite A.G. Howard book aesthetics and creating an endless array of Pinterest boards I should probably talk about the story itself.

A love story that transcends life and death, The Architect of Song is the perfect combination of romantic tension and tragic secrets. Reminiscent of Northanger Abbey and Crimson Peak (with a little bit of Howl's Moving Castle because who doesn't love a girl who's a hatmaker?!) this tale weaves its magic between the pages as well as on the fields of your imagination.

The winning point is the imagery.

Ah, the imagery *sighs dreamily*. True booklovers will understand. It's that feeling you get when you read a line, or a paragraph of text that is just so well written that you can feel it. It sends a shiver down your spine and it connects with you on a whole other level. It's almost tangible...you can picture it quite vividly.

Now, I know I said I'd pretend I have no idea who wrote this...but I just have to mention that A.G. Howard is the QUEEN of imagery!

Hmph. Well let me prove it to you then!

"I dreamt of a moving darkness with legs like centipedes. It crawled along my skin until nothing remained but bones. The shadows whispered, bidding my spirit to join them. I obeyed, no longer walking but flowing: a liquid, lightless void."

Still not convinced? Not to worry - I have more!

"For my spirit still remembered my secret dream of earlier, and the comfort of company. song, and sound that waited within the realm of death and darkness."

It's like art, honestly! The Architect of Song is a written melody that holds you in its grasp as it softly unfurls, keeping you captive until the last, thrilling note has been played.

The characters also have unexplored depths.

From Juliet whose choices could alter fates, to Hawk and Thornton who are like night and day...or more like evening and midnight! Both can be pretty brooding but that just makes them both so much more swoonworthy ;). All of the characters in The Architect of Song are layered and develop as the story progresses.

Oh, and I'm also a goner for any male character who gives 'roguish winks'...just a side note! Yes, I'm looking at you Hawk!

So if you love reading, read The Architect of Song.

You don't even have to like new adult or paranormal romance but please love historical fiction because it is one of the best genres in existence! This book has such a blend of genres and themes that it is definitely appealing to a wide range of audiences.

And that was my unbiased review, ladies and gentlebookworms. Can you imagine the amount of fangirling there'd be if it had been biased?! XD

(And of course the quote is of a kissy scene! *cue the swooning*)

'(He) mimed a kiss along my wrist, at first rushing my skin like a tender breeze. Then something changed. His mouth vanished and his spirit became part of my flesh, in much how a droplet of rain on a window merges with another. His lips reappeared with a slight tug as he stepped back, as shocked as I.
A breath burned in my lungs, locked in place. Though not tangible, not in the way of a physical touch, we had connected. So fleeting … so brief … yet purely sensual—as if I were a lake, and he immersed himself in me.' 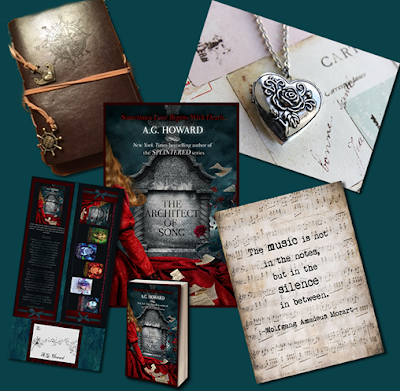 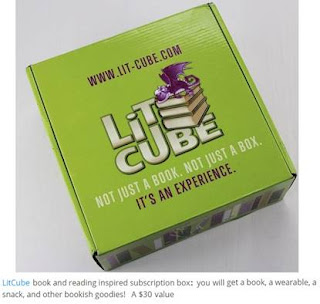 2 - signed The Architect of Song paperbacks

3 - The Architect of Song e-books

3 - The Architect of Song swag packs


Best of luck to everyone! 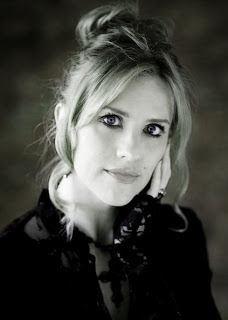 A.G. Howard was inspired to write SPLINTERED while working at a school library. She always wondered what would've happened had the subtle creepiness of Alice's Adventures in Wonderland taken center stage, and she hopes her darker and funkier tribute to Carroll will inspire readers to seek out the stories that won her heart as a child.

When she's not writing, A.G.'s pastimes are reading, rollerblading, gardening, and family vacations which often include impromptu side trips to 18th century graveyards or condemned schoolhouses to appease her overactive muse.

Don't forget to join us for the rest of the tour!