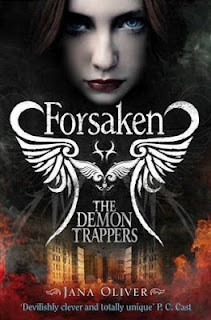 Demons are on the loose.

And as a demon trapper's daughter it falls to Riley Blackthorne to learn the tricks of the trade.

These include the basics: how to find, lure, hunt and trap demons, but most importantly...how to stay alive whilst doing so.

But things are no longer so easy.

The demons are hunting as packs, the tools used for trapping them are impotent and they are far stronger than they should be. Worst of all, they seem to be after one trapper in particular.

Full of sarcastic and witty banter, heartbreaking realisations, true friendships and true malevolence, this story has it all. With the help of Beck, Simon, Peter, and a combination of unearthly forces, Riley must keep the city safe and stay alive to fight another day.

She'll be forced reconsider the job she's always dreamed of and the chaos it causes.

Can she save herself? The world? Those she loves? Or will she be forced to chose between them?

A world that, despite the dangers, I would love to live in!

And as for Beck...southern drawls have a place in my heart alongside British accents! He's a great partner for Riley, even if he doesn't realise it yet.

A few of my favourite quotes:

#1:
'The guy behind the counter had been seriously adorable. Model-level cute. She had mentioned that, and Allan, her then boyfriend, hadn't taken it well.

That's when she'd learned that male egos and fruit had a lot in common: Both bruised easily.'

#2:
“Ozymandias controls not only the dead, but the living. He works the dark magics, and it is said he knows the paths between the worlds and walks them without fear. He wields the-"
"Stop! In English, okay?""

"In English?" she asked, throwing the empty wineglass into the picnic basket. Riley nodded. "You're in serious shit.”

#3:
“Riley. How bad has it been?"
"Just fabulous. The demonic kitten really made my night.” 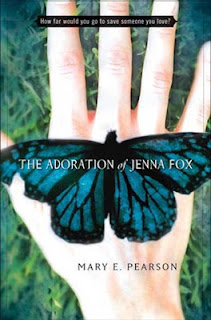 Number #2:
The Adoration of Jenna Fox
By Mary E Pearson


“Some things aren't meant to be known. Only believed.”

A story about what it means to be human, to be alive.

A story about what means parents would take to save their child.

A story about how far we'd go to hide the truth from ourselves.

And above all, a story about whether or not we have the strength to choose red over blue.

This book is magical and one of the best books I have read in a long time.

I know I rate a lot of books 5 stars, but 5 stars felt like such an understatement when it came to this novel. Its quality is of so rare a grade, that I just feel so frustrated that I can't put into words how life changing and alive this book is!

The style the author has used, the wording, the careful construction of such a human, fragile and broken protagonist, the characters with their own problems and the deep thought-provoking lessons learnt are simply stunning.

I highly recommend this to everyone, everywhere. This is one of those books you need to put on your bucket list to read at least once. 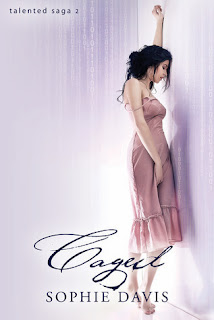 Subjected to tonnes of medical procedures, Talia is physically fine. But there are some things science can't fix.

Forced to rest and remain in isolation, Talia grows restless. She jumps at the chance to get back in the field, after her failed mission attempt to kill Ian Crane. This time, her job is as a spy at the school.

Because there is a spy is in Toxic's midst. A spy who was the reason for Talia's near-death experience.

Talia is surprised to learn that Donavon will be at the school too. As an instructor. A less than perfect arrangement, but one that she'll have to put up with if she's to prove herself capable of professionalism. But at least there's the presence of Erik to ease the pain of Donovan's reappearance.

Find the spy. Get out. Simple, right?
But finding the spy isn't as easy as it sounds. Because the spy most likely isn't a stranger - a faceless nobody for Talia to uncover and hand over to Toxic for punishment.

The spy might be one of the people closest to her.

Talia struggles with the weight of her responsibilities, and her deteriorating health. She's at war with herself, as everything she believes in starts to crumble, and as lie after lie begins to unfold. She's overcome by a sense of crippling weakness at how helpless she is.

And if there's one thing Talia hates, it is being weak.

The first book in the Talented series, Talented, was brilliant. I can admit that I thought "There is no way it could get better than this. Great plot. Well-explained concepts. Exceptional characters. Unseen twists and turns. Cliffhangers. How can you improve on that?"

Well, Sophie Davis must be a magician because she has managed to do just that and more in her second instalment in the series, Caged.

The end of Talented left so much unanswered. I was confused over Erik, suspicious of Toxic in general - especially Mac, whose name brings to mind cheeseburgers - and heartbroken over the fact that Talia was probably dying before our eyes and Donavon was the one to find the letter.

As such, the beginning of Caged had me hooked from the first word. The story suffers no drops in audience engagement and if anything it treats the audience to even more action than the previous book.

And then there was Erik...

Ah. Erik. I swear, there need to be more people in real life like Erik. He was amazing in this book - I will admit, in Talented, I had some doubts about him, but in Caged he was the perfect balance of Will Herondale-like wit and innuendo, and Darcy-like consideration and chivalry.

Which = perfect guy. Just so you know!
When Talia finds out who the traitor is...be prepared to have a sob fest!


I was heartbroken, especially at the traitor's trial. I bawled my eyes out. I could literally feel Talia's heart breaking. Sophie Davis' ability to evoke an emotional response within readers is executed at its finest in Caged's conclusion.

And that leads me to what I love the most about Sophie Davis' writing - the realism.

Talia such a real heroine. Her emotions are so human and relatable. I know it probably sounds cheesy, but she is down to earth. She experiences, not the normal character echo-of-an-emotion brand of emotion, but raw emotion. Emotions as they feel in the flesh.

Her pain, her indecision, her reasoning, her heartbreak - all of it is raw and unadorned. I adore the way she views her slow descent into madness. That feeling of overload, too much to handle, hysteria.

When she is at her lowest, Talia is at her most relatable. And that is a sign of a well-developed and brilliantly created character.

If you have not read this amazing book, or the series even, I suggest you do immediately! A world full of Talents, of mind manipulators, Brains, Telekinetics and, even better, Erik. It's the kind of world you'll fall in love with. I know I did! 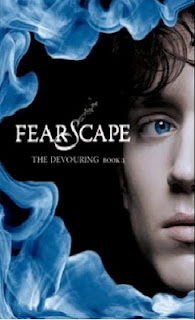 Witness the Vours taking over mankind.


Reggie and her friends must face the twisted Vours and their force once and for all.

But with the battles taking their toll, will they manage to keep together or will they bring themselves as well as the Vours down?

The best kind of thriller - the one that seems almost too real to be fiction...

I read it all in one sitting and now I'm kinda afraid of going to bed, seeing that it's cold and dark.

This is why you read books in a well-lit daytime  environment when the birds are singing and everyone else is awake to help you fend off evil beings!
Posted by BookNut 101 at 21:01