To check out the rest of this blog tour go here for the official schedule.

I was provided with a review copy of the book via YA Bound Book Tours - however, all opinions expressed in this review are purely my own (to find out more, please visit my disclaimer page). 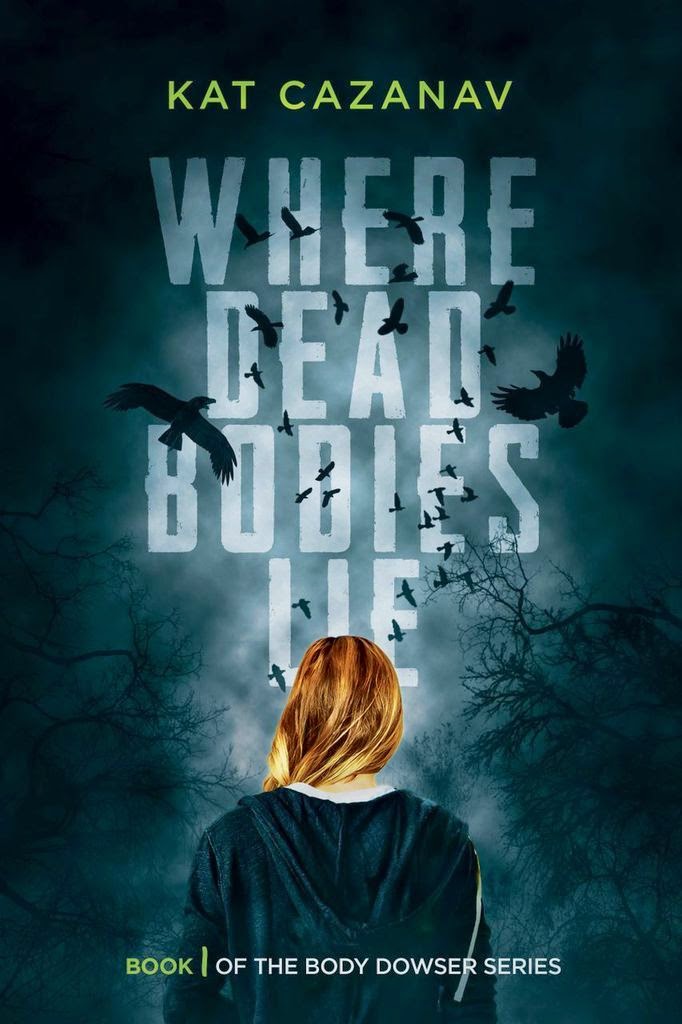 'I turned around, expecting to see someone but instead I lost my balance and stumbled forward, arms extended to catch my fall. I landed on my knees, my hands scraped by broken twigs and rocks.

(...) Barely visible through heavy fog, the dilapidated buildings had a rippling effect. I tilted my head to correct the vision but the image continued to undulate and nausea crept into my throat. A tingling sensation hit my fingertips and with it came a cold black mist snaking in and out of my fingers.

There was no clear explanation for it, but looking back on that moment later, I realised the nausea, dizziness, little black dots floating across my eyes, even the black crows passing overhead, were all precursors to what was about to happen.

The ground rumbled and opened up, like a woman spreading her arms wide to take me in. There was only one frightening explanation for this and as absurd as it seemed, it made sense. Unpredictable, uncontrollable, and the only kind of ability that psychics feared.

Body dowsing. Someone was waiting for me in the limitless black hole beneath my feet.'

Synopsis: For as long as I can remember, I have been told to follow three important rules;

Never share my secret
And pretend to be normal.

However, those three little rules don’t make my life easier. I still find dead people and deal with strange visions. Not to mention, an attraction to a boy who doesn’t exist. Whenever we cross path’s he mists away like smoke on a mirror. He drives me crazy, that Kaff Cooper.

As a flock of dead crows fall from the blackened sky, Kaff becomes the only one who can see the truth straight to the dark underbelly of who I actually am.

My hands feel the pull to extract the forsaken, the lost, the forgotten. It comes as naturally as breathing and there is no stopping it. (x)

To me, the key element of any paranormal novel (or any novel at all) is its descriptions.

When an author is creating a brand new world from scratch - a world containing elements and features that are foreign to the reader and/or of a mystical nature - they need to create descriptions that produce vivid images in the reader's mind. The reader needs to feel as if they are a part of the author's world and the story that the author is weaving across the book's pages.

Kat Cazanav has a real gift with words.

Kat Cazanav's Where Dead Bodies Lie has such well-worded descriptions that you're immediately drawn to the story - you hang on every word. The concepts aren't thrust at you, or hastily explained. They're unveiled methodically, in ways that fit the tone of the book.

Here are few of my favourite descriptions:
Character voice is another winning feature of this book.

The character's voice comes across really clearly - a clever mix of weariness (a sense of experience beyond the protagonist's years), fear (constantly on edge, waiting), knowledge (a sense of power), and (often dark) humour. It's apparent in the following excerpts:
Where Dead Bodies Lie is sure to keep you on the edge of your seat...& checking periodically over your shoulder!

Connect with Kat via her:
Website│Goodreads│Twitter