The stakes are high in this paranormal romance.

My terrible stake pun aside (apologies to Ryder and his vampire hunting!), Fire's Kiss is a read that presents a great blend of romance and paranormal elements. With intriguing protagonists and two well balanced POVs, it's certainly an enjoyable read.

Today's stop on the blog tour is an exciting one.

I'm so excited to be a part of the Fire's Kiss Blog Tour and as well as a review of the book, I have a great excerpt to share with you all. A big thank you to Fiery Seas Publishing for organising the blog tour and for sending me a copy of the book to review. 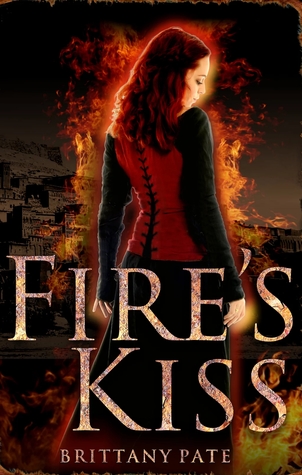 Synopsis: Embyr tends her tavern while keeping her dangerous parentage a secret, until she's attacked by a hellhound and saved by one of the most feared men in history.

For the last eight hundred years, Ryder McLennon, the infamous leader of Death's Horsemen, has used his army to hunt the vampire who killed his wife. He's earned a reputation as a murderous madman. But in Embyr, he discovers something that could turn the tide of battle in his favor. Her control over fire can reduce an enemy to ash and her flippant disregard of him heats his blood in ways no one else ever has. She's beautiful, powerful and completely different from her violence-loving brethren.

Embyr finds herself thrust into a war she wants no part of, targeted by a vicious vampire because of her cooperation with Ryder. As she learns to wield her demonic powers without letting the madness of her race overcome her, she also has to fight her attraction to a killer bent on her seduction.

Or grab your copy today via:
Amazon | B&N | Kobo | ITunes

Intrigued? Check out the book trailer!

Fire's Kiss is a great blend of genres.

Often when books and their authors attempt to combine - or draw upon - multiple genres, readers will tend to get lost in a confusing mix of worlds and concepts. Sometimes one genre takes over as the dominant, overshadowing the other(s), and you're left with a story that lacks cohesiveness overall.

Fire's Kiss doesn't have this problem. Brittany Pate has managed to skilfully blend the foundation concepts from both genres, to create a solid base for a story that becomes more enjoyable as you continue to read and dive deeper into her fictional world.

Embyr is a brilliant protagonist.

I thoroughly enjoyed getting to know Embyr, as she goes from simple tavern owner to an integral player in a paranormal war. Her struggles and character development were key to the reader's ability to connect with her more.

Although I do love romantic elements in books, I did feel that Embyr may have shined more if the romance between her and Ryder had been a little more subtle - or delayed. Her connection to him grew to become one of her leading qualities which I think is a shame, because she has so many great ones - from her bravery and will, to her sassiness and wit. That said, I think it also showed a different facet of her character and their connection did showcases the changes they brought forth in one another.

Overall Fire's Kiss is a collision of adventure and passion.

I would very much recommend Fire's Kiss to lovers of a good paranormal romance (or of Buffy the Vampire Slayer!). It's a well-paced read that is sure to keep you entertained from start to finish.

'Perhaps she loved him. Despite what people say, I have learned that any creature, regardless of race, can love.'


Embyr hit the ground hard, breath whooshing out of her. Ryder was there in an instant, rolling her over and checking for damage. She swatted his hand away.
“I’m fine,” she snapped as soon as her wind came back. She climbed to her feet and retrieved the wooden daggers from the ground. The muscles in her back and arms protested, but she ignored it.
Two weeks. For two damn weeks, he had bested her, with still no sign of the power she destroyed Michael with.
She placed her hands on her hips and glared. “I can’t get angry if you’re afraid to hurt me.”
“I am unaccustomed to beating women.” An infuriating smirk curved his lips.
Embyr grasped that anger and tried to focus it on him. The candles in the windowless room flared to life, then settled. She shook her head.
“Come, have a drink.” He moved over to the small table, the only bit of furniture in his training room, and filled two cups with water.
She joined him and took the proffered cup, glaring over the rim at the candle as she took a drink. It flickered. Embyr put the cup down. “It mocks me.”
Ryder chuckled. “Give it time.”
“Time is something I don’t have. Neither does Katrina.”
“Impatience will not make your power easier to control. Take pride in what you can do now. If you were facing mortal opponents, I have no doubt you would succeed. Your skill with daggers is impressive.”
At least she had been a credit to her mother’s training. So long as Ryder didn’t press his advantage in physical strength and years of experience, she could almost best him. “I’m not facing anything mortal. I need all of my abilities at my disposal.”
He nodded. “You do. But you spent years controlling your power, trying to force it back. It comes as no surprise that it is crippled now. With more work, you will have mastery over it.”
Crippled. Embyr never thought she would see that as a bad thing. It seemed the extent of her abilities were limited to making the fire pop and burning her clothes off. If she hadn’t felt the raw strength and speed with Michael, Embyr would swear she wasn’t capable of such feats.
“I hope you’re right,” she grumbled. “All I can really do now is bleed on them.”


“That is more of a weapon than you think. Your blood does not seem to mix well on vampire skin. Come, I have something for you.” 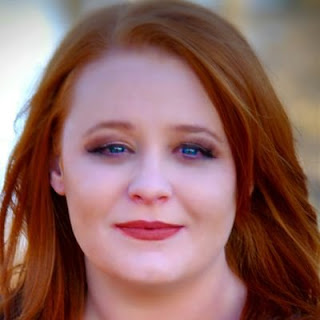 Brittany Pate lives in Texas with her husband and son.

She is a longtime lover of all things fantasy and romance. When she isn’t writing, she enjoys narrating audio books and drinking entirely too much coffee.

Are you excited to read Fire's Kiss? What's your favourite paranormal/fantasy novel?