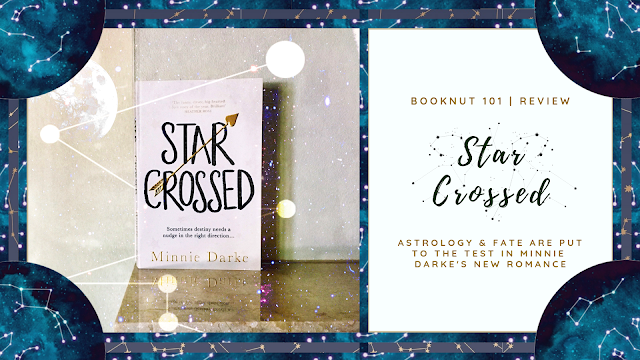 Why don't we rewrite the stars?

All The Greatest Showman lyrics aside (I just couldn't resist!), I've always found astrology to be an intriguing pseudoscience. It seemingly bridges the gap between the terrestrial and the celestial, bringing with it various forms of divination from horoscopes to tarot readings. It's almost as if astrology provides a way for us mere mortals to peek beyond the mundane and to take a glimpse at the tapestry of life woven by Fate.

Is love written in the stars...or in the Alexandria Park Star?

Minnie Darke's Star Crossed utilises astrology as a device to bring together two souls for a fresh and fun romance. Its protagonist - Justine - works for the Alexandria Park Star. She makes a small alteration to the magazine's astrology column, in the hopes of securing the attention - and affection! - of her old friend Nick. Star Crossed follows the comical consequences of Justine's meddling and asks the question: are some people really destined to be together?

A big thank you to Penguin Books Australia for sending me a copy of Star Crossed to review! Below are my thoughts on the novel + more information on the book for those of you interested in reading Star Crossed for yourselves. 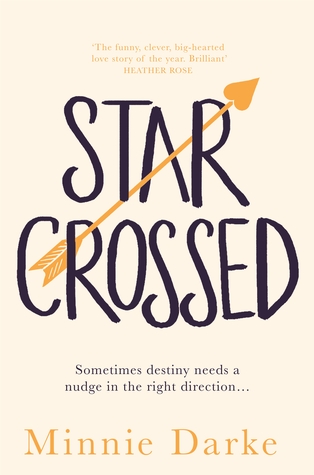 There is a quirky, almost slightly off-centre air to her characters and their thought processes - they seem to view the world through a brilliant, yet eccentric lens. And Minnie's writing almost takes the role of a tour guide through the maze of these characters' thoughts, as we're introduced to their quirks and slowly become enamoured with them.

One of my favourite elements of this type of storytelling was the descriptions and dialogue that seemed to ramble along the characters' often nonsensical trains of thought. From gems like "What is an occasional table? A table that's only occasionally a table?", to lines like "wading through a sea of bubble wrap and commemorative china" - Star Crossed is full of vivid imagery that really immerses you in Minnie Darke's world.

No spoilers - but even a certain breakup scene is executed in such a beautifully crafted, yet somehow deeply realistic, manner. Whilst reading Star Crossed you never get the sense that its writing and its characters are anything but genuine. The situations all have a sense of authenticity about them that just makes them really enjoyable to read. Again, no spoilers, but pages 367-370 were my absolute favourites - Minnie Darke pulling all the puzzle pieces of the romance together to create a truly emotionally satisfying scene.


Least favourite part(s): In my personal opinion, Star Crossed became an immersive experience about a fifth, or a quarter of the way into the book. I did find it difficult to fully dive into the story at the beginning and did feel as if the true meat of the story - the action, etc. - started a bit later on in the book.

Also, I became quite fond of Justine and Nick - which made it difficult for me to read through long passages about other secondary characters whom I liked to a degree, but didn't have a vested interest in. These little sidetracks from the main plot did abruptly pull me out of the story at times. However, they don't detract from the entertainment value of Star Crossed as a whole.

‘Brain: You're going to have to do a better job at distracting them.
Justine: How?
Brain: Just say something!

"What?" said Nick.
"Do you need a tissue?" Daniel asked.
"No, no. I was just thinking, the other day, you know, about those great German words that have no translation."

"And what was that one?" Nick asked.
(...) "Erklärungsnot. It means something like 'explanation emergency'. Like when you've got caught out lying, and you don't know how you're going to get out of it."'

What is your star sign? Will you be adding Star Crossed to your TBR?