You can check out all the details on the book below, as well as some sizzling excerpts. Also, don't forget to grab your copy here and start reading today! 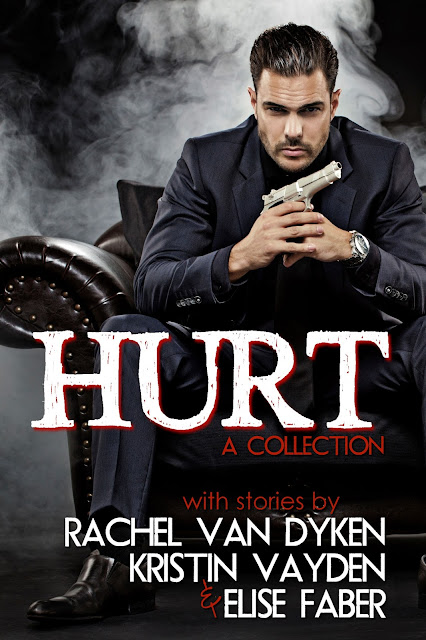 Trace is everything. My freaking world. And I would do anything to keep her safe. But, I can't protect her from every kind of evil..and I can no longer eep the past a secret... We were left folders. Each one filled with the sins of our pasts. And Traces grandfather just asked us to read his. There was no preparation. And now I'm wondering if I should have let the love of my life read it at all, because some things can't be unsaid, some words stay with us forever. I know, from this day forward, nothing will ever be the same.

“Would you like to see the rest of the house, Joyce?” “
Why do you do that?”
“Do what?” He frowned.
“Say my name every time you address me.”

Luca quickly averted his eyes, something I’d seen him do possibly once in all our time we’d known each other — right before he’d invited me up to his apartment and made love to me for the first time. He was nervous. “Luca?” I prompted.

“Because…” His voice was gruff. “…I don’t get to say it often enough — your name.” He licked his lips, his eyes still staring hard at the dirt clinging to his polished black Prada shoes. “If I said your name every second of every day for the rest of my life, it still wouldn’t be enough. Saying your name is like saying a prayer. Sometimes, I think it’s the only prayer God hears these days. Your name is a promise, a vow. It’s also a reminder that no matter what hell I’ve gone through, heaven still exists.”


2: The Initiation by Kristin Vayden

It wasn’t blood in…no out. It was death the moment were initiated with the mob and a living hell from that moment on. I knew, because it was my hell. But I wanted…no I needed out. I had watched it suck the life from my father till nothing was left but the ashes from betrayal, and I wanted more. So I made a deal, one that got me shot. But the nurse made up for the injury—Daphne had always teased my dreams, out of reach but close enough to tease me with the fantasy of what if. But what if…was now my reality and there was no way I was giving it up. So I called in a favor…to the Mafia. Made a deal with the devil, to save my soul. And if it works, I’ll die…so that I’ll have a chance at really living.

“Love is never simple, sweetheart. There’s complications, obstacles, decisions that must be made, priorities that have to be established… but when it’s real love, you’ll find everything will fall into place because love puts the other ahead of itself. Love replaces fear with faith. It destroys indecision with loyalty, breaks through every barrier because it’s stronger, wiser, more courageous than anything else you’ll face, because from that point on, you face everything together."

One night of weakness five years ago turned out to be the biggest mistake of Laila’s life. The sex with her coworker, and then commander, Ryker had been hot. But the ensuing strain of having to work with him, having to see him seduce and sleep with other women tore her heart from her chest and crushed it beneath his military-grade boot. Now they’re on a mission together and she’s running command. Her damaged heart would like to make him pay, but her body isn’t so sure, especially when Ryker apologizes and tries to make things right between them. Can Laila put aside the past, if it means another chance — a real one this time — with Ryker? Or will those old wounds never heal? And when their mission goes awry, will they even survive to have a shot at that future?

'He wrapped his arms around her in return, maybe a little too low for a friendly hug. But with Laila sprawled out atop him, reminding him how perfectly they fit, it was impossible to not grab her hips and bring her even closer. She melted for a moment then, as though suddenly coming back into herself — or probably feeling the erection he had no hope of hiding — released him. “Really?” “Wish I could say it was a one-off, but it’s a pretty common problem for me when you’re around.”'

Rachel Van Dyken is the New York Times, Wall Street Journal, and USA Today Bestselling author of regency and contemporary romances. When she's not writing you can find her drinking coffee at Starbucks and plotting her next book while watching The Bachelor.  She keeps her home in Idaho with her Husband, adorable son, and two snoring boxers! She loves to hear from readers!

Want to be kept up to date on new releases? Text MAFIA to 66866! You can connect with her on Facebook www.facebook.com/rachelvandyken  or join her fan group Rachel's New Rockin Readers.

Kristin's inspiration for the romance she writes comes from her tall, dark and handsome husband with killer blue eyes. With five children to chase, she is never at a loss for someone to kiss, something to cook or some mess to clean but she loves every moment of it!

She loves to make soap, sauerkraut, sourdough bread and gluten free muffins. Life is full of blessings and she praises God for the blessed and abundant life He's given her.

When she’s not writing bestselling dark and sexy paranormal romances, Elise is often found on the ice rink where she and her husband hold regular hockey date nights. She is the mom to two exuberant boys and addicted to Dancing With the Stars.

The beaches, mountains and redwood forests of Northern California serve as inspiration for her books.

Connect with her on facebook (facebook.com/elisefaberauthor), or www.elisefaber.com
Posted by BookNut 101 at 21:33