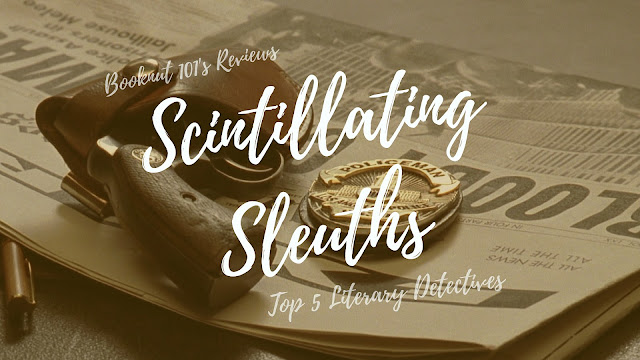 Grab your spyglass and your detective cap, fellow private eyes!

I decided to put together this post thanks to your feedback on a recent poll. And when I began it, I thought: "Wow this should be easy! I mean how hard could it possibly be to pick just a few really good literary detectives?"

A: Very, very hard Oh Deluded Booknut because there are literally thousands of good detectives and why did I decide to pick only five WHAT HAVE I DONE?!

Be forewarned: there are maybe...possibly...absolutely more than five detectives listed! I've paired together some of my faves for this list because it would have broken my bookworm heart to have torn some of them apart (forgive me for sitting on the fence!).

Also I've only included literary detectives whose books I've actually read. So if I've left off one of your faves I'm so sorry! Their book(s) are probably somewhere amid the man-eating giant that is my TBR pile. If you leave me a note in the comments, I'll try to get around to reading them soon :)

So let's get this countdown started! 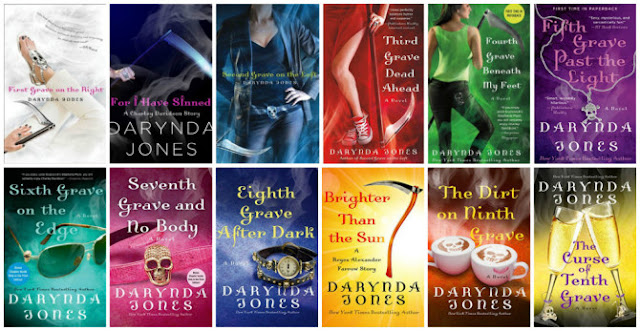 The Charley Davidson series by Darynda Jones isn't only known for its stand-out cover art and pun-including titles although those are definitely two areas in which it excels!
It's mainly known for its badass girl boss of a main protagonist, Charley Davidson. She's a part-time private investigator by day...and the Grim Reaper all day, every day.
What makes Charley a stand out sleuth for me is her ability to deal not only with the weird and wacky human world full of problems, but with the supernatural world's issues on top of that. She's resourceful, takes necessary risks, and would defend those she loves in a heartbeat. And what more could you ask for in a detective?! 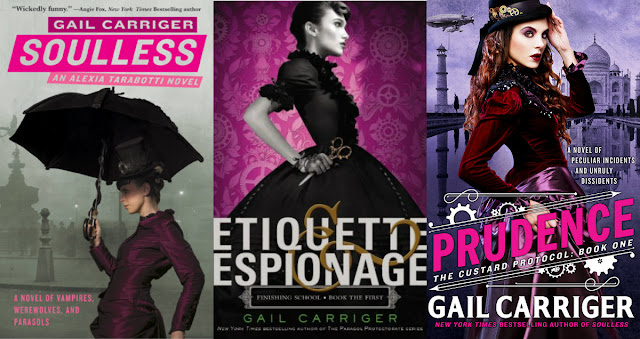 Gail Carriger's characters take on the world of espionage and all its dangers with grace, flawless etiquette, and - of course - the perfect accessories (three cheers for parasols as weapons!). Alexia, Sophronia, Prudence...these women bring girl power to a whole new level!
What I love most about these women is that they succeed because they are women. They utilise the unique skills and talents known only to them to thwart their enemies and to bamboozle their male counterparts. Who runs the world?! GIRLS! *cue the impromptu dance party*
Whether it's slinking down alleyways, or spying in ballrooms, they're the women for the job.

Susannah Simon, or Suze to her friends and numerous enemies, is one of the original chick-lit sleuths who made an impression on me way back when I was first delving into YA.

Being a liaison between the living and the death is no easy task especially for a teenager, but Suze takes it on like a champ. Although those around her aren't always dazzled by her excellent sleuthing skills, her detective work is often the difference between life or death...quite literally.

Aaaaaaand she's not alone. Because when you have a hot ghost by the name of Jesse as your helper you officially have made it in life not that I am jealous or anything these aren't tears they're clearly an allergic reaction to the hotness Jesse exudes!

Let's be honest...Skulduggery and Valkyrie could totally give Sherlock and Watson a run for their money!

I adore these two - I truly, truly do. They're sarcastic, they're deadly, they're efficient. But not only that, they're also loyal to a fault. They stick by one another through thick and thin, and are most certainly a duo you do not want to mess with. Ever. Like really because Valkyrie could kill you with a look and Skulduggery probably knows like 28968962 places he could hide your corpse. 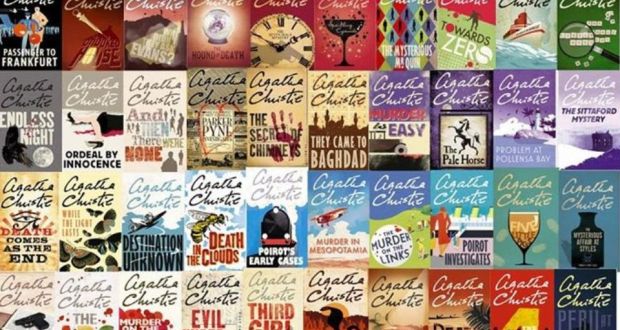 If I ever had a mystery on my hands, the first people I would want on the case would be Poirot and Marple therefore I better hope I never come across a mystery because they are FICTIONAL and that fact is breaking my heart!

These two are the epitome of sleuthing-done-right. They manage to solve the seemingly impossible cases, finding tiny connections and using their carefully honed instincts to lead them to the villain(s). I mean, they may look like two of the cutest grandparents you could ever wish for...but they're sharper than a knife when push comes to shove!

The reason these two weren't entered in as two separate entries on this list is because I just couldn't choose between them. Don't make me do it! Please! I honestly couldn't if I tried - both have wholly earned the #1 spot.

First book(s):
- Poirot: The Mysterious Affair at Styles
- Marple: Murder at the Vicarage

Who are your fave literary detectives? What do you think makes a good detective besides an awesome hat and spyglass?!