Can you guys believe it?! A Mortal Song is finally on shelves both physical and virtual across the world! Soon bookworms everywhere will get to accompany Megan Crewe's heroine Sora through spirit kingdoms and modern day cities in an epic adventure.

Thanks to Xpresso Book Tours and author Megan Crewe I was lucky enough to be a part of this amazing blog tour and to review what was truly a whirlwind of a novel. Keep reading for my thoughts on the book, a sneak peek or two, and a truly fangirl-worthy giveaway filled with Japanese media and treats!

For the full tour schedule with a list of all blog tour stops see here. 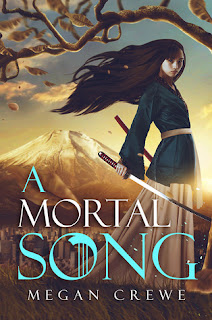 
Synopsis: Sora's life was full of magic -- until she discovered it was all a lie.

Heir to Mt. Fuji's spirit kingdom, Sora yearns to finally take on the sacred kami duties. But just as she confronts her parents to make a plea, a ghostly army invades the mountain. Barely escaping with her life, Sora follows her mother's last instructions to a heart-wrenching discovery: she is a human changeling, raised as a decoy while her parents' true daughter remained safe but unaware in modern-day Tokyo. Her powers were only borrowed, never her own. Now, with the world's natural cycles falling into chaos and the ghosts plotting an even more deadly assault, it falls on her to train the unprepared kami princess.

As Sora struggles with her emerging human weaknesses and the draw of an unanticipated ally with secrets of his own, she vows to keep fighting for her loved ones and the world they once protected. But for one mortal girl to make a difference in this desperate war between the spirits, she may have to give up the only home she's ever known

A Mortal Song was a balanced scale.

Some books you'll read will tip the scale either way - whether the scale tips up (wowing you) or down (disappointing you) depends on the book in question. But every now and again you'll come across a book that balances the reading scales. A book that is a joy to read, despite having one or two small imperfections or flaws.

A Mortal Song is one such book. Although some parts could have used some further work or fleshing out, overall it was a memorable and worthwhile reading experience.

I love me a complex heroine...so when it comes to female-orientated books, I can be a tad fussy okay, okay VERY fussy! about how the heroine develops over the course of the novel.

I'm the kind of reader who sits on the edge of their seat hoping that the heroine won't fall into cliche pitfalls or stereotypes. That she will carve out her own unique path and showcase depth and emotion. I know not everyone agrees that heroines should be 100% unique or go against the grain, but I'd like at least for each heroine to hold a sense of realism.

To be honest, Sora had a bit of a rocky beginning for me. With the introduction of a potential love interest very early on in the book, I was super worried that she would be cast as the stereotypical YA 'highly emotional swooning female'. With the lack of direct action at the start, paired with Sora's pining after Takeo...I did not have high hopes for Sora's character.

But luckily for me Megan Crewe knows how to slowly but surely bring her characters into the limelight.

As the book's plot unfolds, Sora is given many moments to shine. One of my favourites is when she's confronted with her 'parents' true daughter Chiyo, and Sora's own biological family. Whilst Takeo wants to get their mission over and done with, Sora stops and takes a moment to assess Chiyo. She realises that nothing will be gained by forcing this girl to come with them and alters their plans to make Chiyo comfortable.

Now that may not seem like a lot to some people, but to me that went directly against 95% of YA plots. Normally key characters - especially ones with coveted powers - are whisked away from their normal lives, family, and friends in a blink and are forced to go along with the plan 'for the greater good'.

I like that not only was Chiyo a voice of reason she was like "Umm please stop assuming I'm going with you because my answer is a big fat NOPE!" but that Sora understood that a heroine should be willing and allowed to make her own choices.

Sora also didn't try to force a big, happy family reunion. In fact, at first, she didn't even reveal herself to her biological parents. She allowed them to process the current situation and to be there for their adopted daughter. Even though Sora was hurt by the fact they parted from her in the first place, she displayed a maturity beyond her years...a maturity that drew me to her as a character.

More accurately, three cheers...no, no, actually ten cheers for lore that isn't over-explained! Megan Crewe won me over when she included lore and lingo but didn't give us twenty pages of backstory and information.

Unique words are used effortlessly, naturally. So much so that you as the reader adopt them easily and don't really need any accompanying explanations. (E.g. 'I had so much more power than anyone in this town—more ki in my little toe than Mr. Nagamoto had in his whole fragile human body.')

All in all A Mortal Song is a fabulous mix of old world meets new world.

Spirit worlds meet modern-day Tokyo, and the past collides with the present in an adventure that proves that the future isn't set in stone...it's what you make of it.

'Love was such a powerful thing, but it could bring guilt and desperation. It could obscure everything else that mattered.' 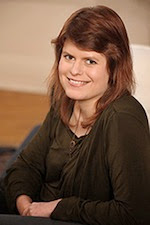 Like many authors, Megan Crewe finds writing about herself much more difficult than making things up.

A few definite facts: she lives with her husband, son, and three cats in Toronto, Canada (and does on occasion say “eh”), she tutors children and teens with special needs, and she can’t look at the night sky without speculating about who else might be out there.