The lyrics of Boyz II Men's End Of The Road come to mind as I sit here writing up my final review for the Confessions series by Louise Rozett:

Although we've come to the end of the road
Still I can't let you go
It's unnatural, you belong to me, I belong to you

The series has reached its epic conclusion and it's hard to physically and emotionally let it go, especially as it's been such a big part of our bookworm lives for so long. Personally, I've had the joy and privilege to have reviewed this series from its start, and I've seen it become better and better with each passing book.

So finishing No More Confessions was very much like saying goodbye to my best friend in the entire world as they leave to a far off place for a long, long holiday.

And every friend, at the moment of goodbye, deserves a good send-off. So this review of No More Confessions is my send-off to the incredible series that has changed my reading experience and has made itself a place in my heart forever.

If you are new to this series, I suggest checking out the following reviews first: 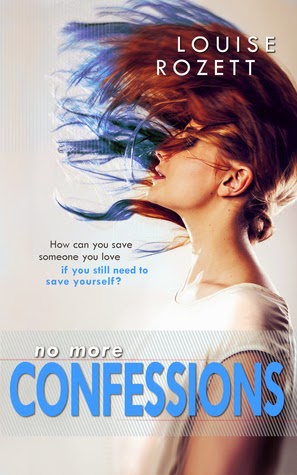 Synopsis: For Rose Zarelli, freshman year was about controlling her rage. Sophomore year was about finding her voice. With all that behind her, junior year should be a breeze, right?

When a horrific video surfaces, Rose needs the one person she wants to be done with, the person who has broken her heart twice—Jamie Forta.

But as the intensity between them heats up, Rose realizes she isn’t the only one who needs help. The thing is, Jamie doesn’t see it that way—and that could cost them both everything. (x)

No More Confessions grabs you by the heart and doesn't let go.

Louise Rozett has a knack for creating characters who are perfectly flawed. Although that may come across as a bit of an oxymoron, it's the truth - Rose Zarelli, Jamie Forta, and the rest of Rozett's characters are portrayed with a realism that makes them perfect as characters.

Why? Because they're relatable. No one wants to read about a goody-two-shoes heroine and a hot guy that whose biggest worry is how he's gonna fix his hair each morning. They want to read about characters who change, who battle with life's trials and emerge more knowledgeable.

Besides the hotness that is Jamie Forta (cue the screaming of a thousand fangirls!) the Confessions series' biggest draw is the sheer amount of character growth - realistic character growth.

Because Louise Rozett teaches us that sometimes growth = making mistakes. Growing as a person, as a character, is not always about improvement. It doesn't always come with a happily ever after attached.

Sometimes growing up means letting go. It means realising that some things can't be fixed, that some people can't be put back together. That we, as humans, can't make everything and everyone okay all the time.

The quote that spoke the most to me was the following:

(...) He was so busy trying to save me and everyone else that he forgot to look out for himself.

Love is a battlefield.

Can love be wrong, but right, at the same time? Can it bring two people together, whilst simultaneously tearing them apart?

No More Confessions explores these themes and gives readers a raw look at love at its best and at its worst.

Rose and Jamie's relationship reminded me of a rollercoaster - that, and the relationship between Heathcliff and Catherine in Wuthering Heights. Up...and down...and up!...and down again.

To some, this may seem tiring. But to me...it seemed real. Because how can two people be in a stable relationship when their lives are out of control? How can they work on being a couple when they don't even know who they are, as individuals?

The answer? They can't.

Their relationship is fast, furious, passionate, and painful. They're one another's confidants - but at the same time, one another's punching bags. They come together only to fall apart. It's an endless cycle and one that is only worsened by outside pressures and family situations.

Everything hangs on those three word - "I love you" - and on each one deciding whether they will become the person the other knows they can be.


I have this feeling that someday, the fact that Jamie loves me is going to work against me. I just don't know how yet.

A struggle between empowerment and submission.

Female empowerment battles against the longing for love, as Rose takes on the trials and tribulations that make up her life in No More Confessions.

But you also want love. You want it so bad that you second guess your own worth, your own opinions, your own decisions.

Rose realises that she wants both, and - more importantly - she deserves both. She deserves respect and love. And maybe it's a big thing to ask for, but she's worth it. And she won't settle for anything less.

Jamie in Confessions of an Almost-Girlfriend made Rose question herself and her choices. Until, in No More Confessions, she realises that they're her choices to make. That all because it's not the choice he would make, doesn't mean it's not the right one.

No More Confessions teaches readers to not be afraid of pursuing their dreams and of knowing what they want out of life and love.

Because - in the words of Rose! - if a guy doesn't want to know an independent young woman such as yourself, it's "his loss."

Grief is a hard thing to deal with. It's a theme that's been explored previously in the series in great detail. But No More Confessions delves into another whole area - understanding how to deal with grief which has been agitated or renewed.

Having constant reminders around you of loss isn't an easy thing to deal with. Especially if you're trying to make an effort to move on, such as in the case of Rose's mother. Rose herself is caught between moving on and dealing with her often misplaced anger.

She wants answers...but at what price? She wants peace...but for who? Rose has to make the choice to either make amends with the past and her grief, or to reopen the 'wound' and deal with things that may have been better left buried.

No More Confessions will pull you in, tear you apart, and put you back together again.

You feel more than you normally feel. You see the world, and people around you, through a new perspective. It equips you with gems of wisdom that will stay with you long after the final page.

I bid a fond farewell to Rose Zarelli and the characters of the Confessions series. It has been a pleasure reading about them and experiencing Louise Rozett's phenomenal storytelling :) 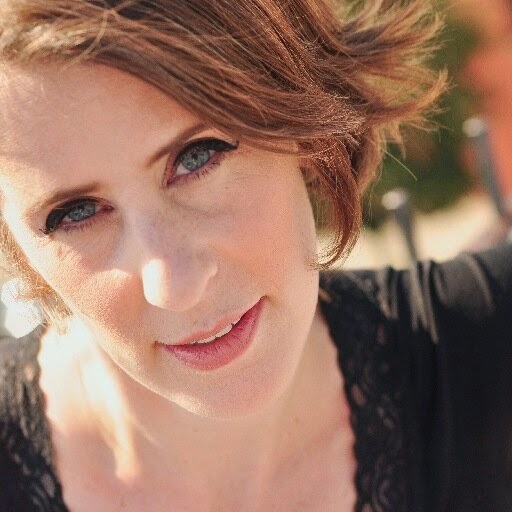 She considers herself a YA author, a playwright, a singer and a recovering actor, not necessarily in that order. She's very excited about the release of the third book in the Confessions series, called No More Confessions (published by HarlequinTEEN).

Currently she and her dog Lester live in Los Angeles and dream of Brooklyn. She majored in psychology at Vassar and then went to graduate school for acting at The Theatre School at Depaul University in the great city of Chicago. She has also done some musical theatre in NYC and has worked in publishing at Scholastic.

Learn more about Louise on her website here.
Posted by BookNut 101 at 14:57