The Book of Pearl by Timothée de Fombelle ~ ARC Review 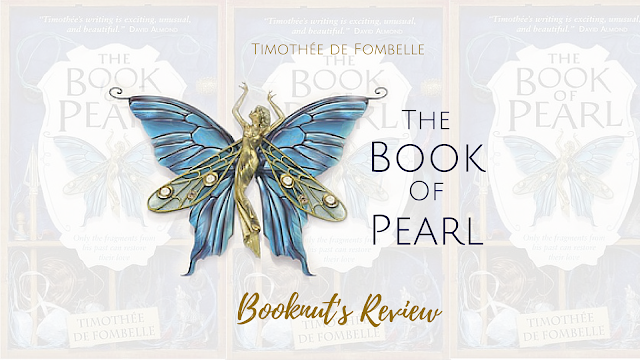 This book grabbed my attention from the get-go.

As soon as I spotted this book everything from its slightly whimsical cover to its engaging concepts had me hooked.

Thanks to the lovely people over at Walker Books Australia I was able to read and review a copy of this truly magical piece of literature. Its blurb promises intricacy and that is exactly what you get - stunning details woven together with purpose and care, creating a tale that is just as cinematic as any film.

Read on for my thoughts on the book! 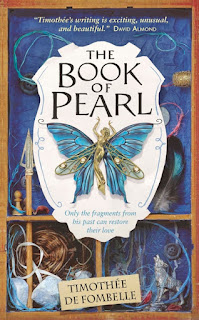 A compelling story of a first love that defines a lifetime; perfect for fans of David Levithan, told with the intricate and beautiful writing style of bestselling author Timothee de Fombelle.

Joshua Pearl is from a world that our own no longer believes in - a world of fairytale.

He knows that his great love is waiting for him in that distant place, but he is trapped in our time. As his memories begin to fade, he discovers strange objects, tiny fragments of a story from a long time ago.

Can Joshua remember the past and believe in his own story before his love is lost for ever?
Add to your Goodreads bookshelf today!

A million thank yous to Sarah Ardizzone and Sam Gordon.

Because without those two gems, we wouldn't have this book in English! Sarah and Sam will forever have a place in my bookworm heart.

The work they, and so many others in their field, have done is truly priceless. They've brought breathtaking tales and adventures into the lives of people across the globe and for that, I will forever be grateful.

Also...my French is barely adequate at best so I appreciate having their translated English version to enjoy!

The Book of Pearl is not your typical fantasy novel.

I don't know whether it's because Timothée de Fombelle is a genius, or that there is a certain kind of bookish magic gained through translating a text from another language. But each page of The Book of Pearl sings with uniqueness.

Every paragraph includes enticing details you want to re-read and savour...like the description of a roebuck, observations about the kitchen garden, and tidbits about exciting expeditions. Timothée de Fombelle has the ability to take the everyday and turn it into something beautiful, something worth holding onto (kind of like the book's cover art concept - a box filled with seemingly random objects, but each with story to tell!).

You can't help but root for Joshua Pearl from the start.

His tragic circumstances are very reminiscent of The Amber Spyglass by Philip Pullman (not to spoil the book for anyone!). You have a man without a past and with a time limit on his future, and his heartache makes you emotionally invested. You want him to find his love and to be reunited with the world he comes from. But the odds seem stacked against him.

The Book of Pearl is like a modern-day Peter Pan in book form.

Through his work, Timothée de Fombelle encourages our 21st century minds to embrace magic, to seek the impossible, and to believe in happily ever afters.

You can't fangirl over The Book of Pearl without mentioning and showing off its unique cover! 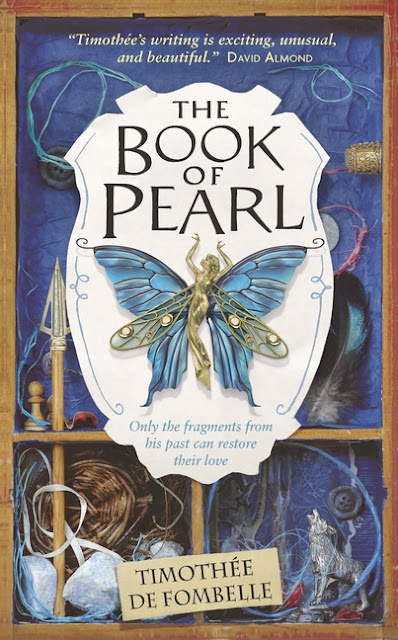 This has to be, honestly, one of my favourite book covers of 2016 so far. Not only does it hold connections to the book's storyline, but it's also magical - giving the illusion of depth so that you feel as if you're looking into an actual box filled with mysterious treasures.

It's all in the details! From the 'texture' of the blue paper lining the 'box', to the three-dimensional and realistic appearance of the box's contents (my favourites being the intricate golden thimble and the miniature silver wolf statuette)...everything on the cover screams magic, mystery, and adventure.

Last but not least, I can't forget to mention the part that ties everything together: the bejewelled fairy! What I wouldn't give to own a necklace/bookmark/anything with this fairy on it! 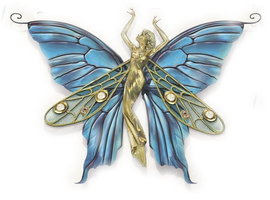 All in all, whoever designed this cover is a genius or comes from a mystical world far far away!

"Where has Taåg banished him to? Where?"
(...) "The young prince is in the one time, the one world, where they don't believe in fairies or tales." 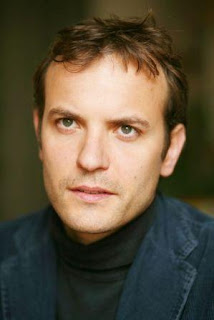 As a child...
Timothee de Fombelle was born in the heart of Paris in 1973, but often accompanied his architect father on his travels to Africa. Each summer his family left for the countryside (the west of France), where the five brothers and sisters lived like wild horses, making huts in the trees, playing in the river and losing themselves in the woods. In the evening they performed plays for their parents and devoured the books in the library. Childhood remains for him the lost paradise which he re-discovers through writing.

As an adult...
After becoming a literature teacher, Timothee taught in Paris and Vietnam before choosing the bohemian life of the theatre. Author of a dozen plays, he writes, designs, builds sets and directs the actress he admires the most, his wife Laetitia. They have a young daughter, Jeanne Elisha, who already loves climbing trees. Toby Alone is his first novel and has already been translated into 22 languages.

As an artist...
Passionate about books and theatre, Timothee has been writing since he was young. The stage has been his testing ground but it is life, with its joys and trials, which inspires his real work. A great traveller, Timothee recognises that the writing of Toby Alone has been his best journey so far.