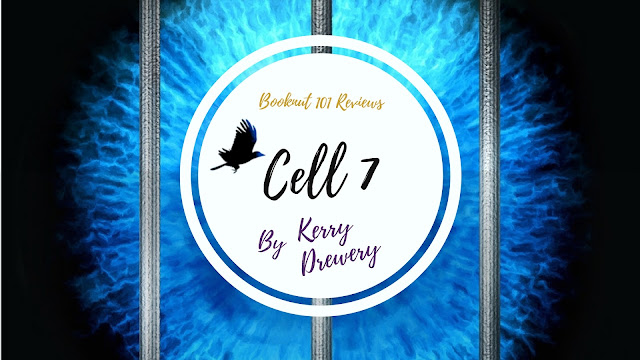 Dystopia is a hit or miss genre for me.

I crave originality. My attention and imagination is no longer held by recycled character arcs or refurbished old plots - I need dystopian novels with original concepts and raw characters who will challenge the rules and challenge themselves.

So if you're looking for 'the new Hunger Games' you'll have to look elsewhere.

As much as I loved The Hunger Games with its glittering rebellion, love triangle, and perfectly measured doses of heartbreak...today's focus novel is a world apart from that series.

Cell 7 is raw, gritty, and addictive.

I will probably use the word 'raw' a lot in today's review lol. But it's the most fitting word to describe this book's plot and characters and the sense of reality that accompanies them. I found the characters' pain to be believable, and their struggle caused me to tense up and to practically buzz with anticipation.

Want to find out more? Read on for my full thoughts on the book! 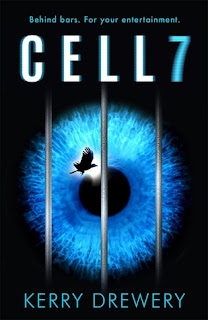 Synopsis: Should she live or should she die? The decision is yours.

A world where justice and the fate of those accused of murder is decided by the public, but has moved on from the Roman Gladiator 'thumbs up or thumbs down' public vote, to a public vote by telephone. If you are voted innocent you are set free; if you are voted guilty you are committed to death by electric chair. Those awaiting their sentence reside in ever decreasing cells, getting smaller each day, until Day 7 and Cell 7, where they hear their fate.

Sixteen year old Martha has confessed to killing a famous celebrity. But has she done it? And if not, why has she claimed the murder? Perhaps she wants to show up the flawed and brutal system by sacrificing herself in the hope of a better world....

Thank you to Allen and Unwin for sending me this title.

I cannot thank them enough for introducing me to this book and its incredible author. It was love at first sight! 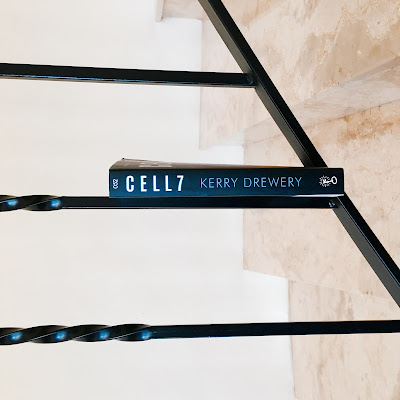 The moment I laid eyes on Cell 7 I was extremely curious and ready to discover its secrets. From its enticing blurb to its exquisite cover art, it's the kind of novel that makes readers want to judge a book by its cover.

And from my very first perusal I judged that Cell 7 would be:
(A) Dark and deadly
(B) Raw and emotional
(C) Electric

It proved all three of my judgements correct.

With dark and deadly twists and turns, raw and emotional characters, and an electric undertone of building suspense, Cell 7 grabbed my attention from page 1 (literally starting things off with a bang when a gun goes off!). Smartly paced and uniquely constructed, this novel had me taking a second look at the dystopian genre and what it is truly capable of when handled by talented authors.

Let's start with Cell 7's base.

Say goodbye to The Bachelor and Keeping Up With The Kardashians! Because Kerry Drewery has a new reality tv show that is about to blow all others out of the water.

'Death is Justice' is a reality tv show where the public decides who lives and who dies. And this time they're to decide the fate of sixteen-year-old Martha, a teen who may or may not have committed a murder.

But nothing is simple and no one is safe.

Martha has admitted she did commit the murder...but why? As lies and truth tangle in a battle of life and death, the reader as well as the public must decide Martha's guilt or innocence for themselves.

Who pulled the trigger? Who will live? And who will die?

The thought of a reality tv show like this one freaks me out.

Mainly because it's not as far fetched as we'd like to believe. We live in a world where politicians and leading figures can choose to turn peace and respect into chaos, discrimination, and even death, in a heartbeat. The world is full of terrible events where the decisions of a few can determine the life or death of many.

I think Kerry Drewery's novel forces us to explore how dystopia is not all aliens and mindgames. Sometimes it's the result of human greed, human ambition, and human pride getting its way. Cell 7 shows us a world not so dissimilar from our own. And that is a scary thing to really truly consider.

The public view those on their tv as a group of votes and numbers - as a part of a show that is meant to entertain. But these are still people, still human, regardless of their actions. And when we mentally separates persons from their humanity, we can overlook the truth and can forget to treat them with the respect they deserve.

Martha is an example of this.

I think the part that hit me the hardest is when (**small spoiler alert**) they're planning for Martha to go live to give her final words.

This is a time most people treat with respect, with gravity - with the sensitivity it deserves. A person's final words should be a moment for them. Instead, in Cell 7, those working on the show treat this moment like it's a commercial break. In the words of one male officer:

"She will be allowed the opportunity to make her final words in approximately...fifty minutes. (...) We're looking at this being the highest viewer ratings in history! It's a huge deal. It's the first of its kind - a teen girl accused of killing someone."

That guy is horrible - the worst! I remember thinking who the real monster was here. The young girl accused of murder...or the people so gleefully profiting off of her final moments?

How could they be so callous? How could the her life have reached such a low? It's moments and lines like this that make Cell 7 so poignant and so memorable.

Overall Cell 7 is a must-read dystopian pick that will leave you breathless.

'He woke me from a sleep I didn't even know I was in. He gave me back a reason to get up every morning and reminded me why I should breathe in and out. He lit me. I smiled for the first time I could remember. He made it possible for me to save myself.

If only it could've stayed that way.

(...) Some things are more important than being together, and we never could stay together. We had our time and now it's gone. Nothing but memories.

My fingers hurt. My wrists. My head. My soul is too tired for anyone to bear.'