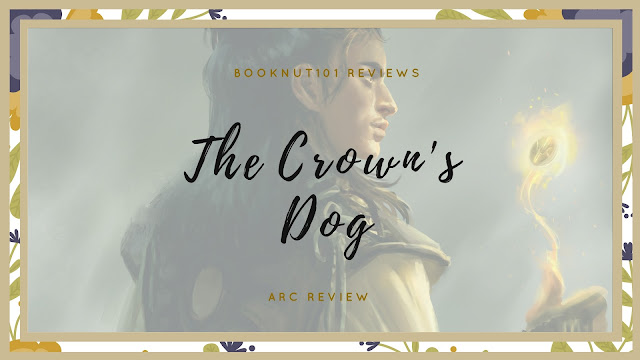 Certain characters have unique voices that strike a chord with readers.

Voices that tend to help readers engage further with the story. These characters can have any part in the book's magic - from main protagonists to brief roles as secondary characters. But no matter how big the part, their voice shines through and makes you want to read more.

Who didn't fall for Jax Wendyll the moment they met him?! And now with the launching of Elise Kova's Air Awakens prequel trilogy the Golden Guard series and the first novel The Crown's Dog, we get to experience more of Jax, along with Erion and Baldair (not to mention Aldrik makes an appearance!!!).

In The Crown's Dog more pieces of the Air Awakens puzzle slip into place. So prepare to fall in love with these characters all over again!

Read on for my thoughts (spoiler free) on The Crown's Dog... 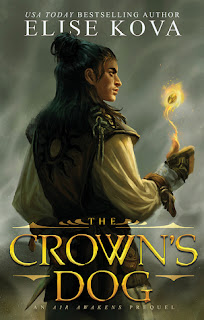 Synopsis: The first in an Air Awakens prequel trilogy.

A coastal summer is turned upside down by a violent murder, and a quest for lost pirate treasure turns into a hunt for the killer.

Jax Wendyll is the crown’s dog. As punishment for the unspeakable crimes that tourment him to this day, his life has been conscripted to the Empire Solaris. However, in an Empire afflicted by peace, his duties are relegated to unquestioningly aiding the antics of the youngest prince, Baldair.

Erion Le’Dan, a nobleman’s son, expects a quiet summer visit to the Imperial Palace, his only agenda to visit with his unlikely friends. But Jax’s discovery the legendary pirate Adela Lagmir’s old workroom inspires a hunt for her long lost treasure.

The pursuit of Adela’s truth takes the three men to the Imperial summer manor, built along the old pirate mainstays. When Adela’s trident is branded into a murdered servant, Prince Baldair’s summer amusement of treasure-hunting becomes a hunt to find the killer. But, as mysteries compound, the ghosts of Jax’s past may not be the only things haunting them.

Or order your copy today via:

The Crown's Dog takes us back to the incredible Air Awaken series.

A combination of intriguing new elements and familiar faces, The Crown's Dog was a nostalgic and exciting experience for me.

It's no exaggeration when I say that I'm head over heels for and borderline obsessive about! the Air Awakens series. I was super excited when I found out that Elise was revisiting the Air Awakens universe in a brand new prequel series and had high hopes for The Crown's Dog.

Jax's and Erion's...so if you weren't already swooning, prepare yourself - because the combined swoonworthiness of these two is off the charts!

'Jax narrowed his eyes, unwilling to be thrown off-guard by the proximity of a woman. “Do you want a ‘we may be about to die’ kiss?” He gave her an arrogant, toothy grin.'

Do I have a favourite POV?

Umm I'm totally not going to pick favourites since I adore Erion and Jax equally. But I laughed my head off at the start of Erion's POV in Chapter 7 so Erion might win the award for Funniest Opening Line!

'Go to the coast, they said. It’ll be fun to hunt for lost pirate treasure, they said.'

A Tumblr-worthy quote right there! Sidenote: I'd love to see what a Tumblr run by Jax and Erion would look like. Lots of inappropriate humour and memes, I'm assuming!

The friendship between these men is the star of the book.

It's a winning mix of comedic moments and heartfelt ones. The kind of friendship or comradeship that strengthens as time passes, that isn't affected by distance or by trials faced. It takes the form of a kind of unspoken support and bond - a live-wire of sorts that connects each of them to one another.

This makes for amazing comedic chemistry between them all. There are so many great one liners and innuendos to enjoy! One of my personal favourite squad moments:

“It’s not much of a palace,” Erion remarked arrogantly.
(...) “It’s bigger when you get closer,” Baldair insisted defensively.
“Do you use that line often?” Jax grinned wildly.
(...)“You know I have no need of it.” The prince snapped his reigns, chapped by the joke but still in good spirits.
Erion looked to Jax. “Do you actually know he has no need of it?”

It's a look at whole other side of the world you think you know.

What I love about prequels like The Crown's Dog is that the backstories they provide build a far more vivid image of these characters and what made them the people they are. Their fears and motivations, their struggles...you get a much clearer and complete view of these characters.

Plus the cover art is killer.

If you love a good prequel this book is for you.

I myself am a fence sitter when it comes to prequels. I admit to being unable to fully engage with the plot purely because I have this sixth-sense-esque feeling always hovering at the back of my mind seeing as I already know how their fates turn out to a degree.

But - that said - I do love these characters and Elise's writing. So this was probably my most enjoyable prequel reading experience since The Infernal Devices series by Cassandra Clare. It was well paced, the plot didn't lag, and the characters are the kind that come to life on the page. What more could you ask for?!

'But the gods would not even grant him the gift of meaning. They remained in their other realms, infuriatingly removed. Silent spectators to the horrors that, in all their divine power, they should be able to stop. The gods were cruel and had abandoned the world. This much Jax knew was true.' 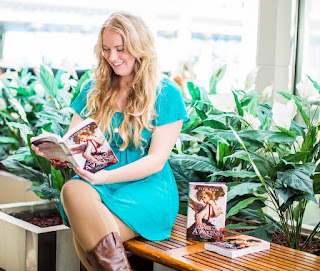