May Library Haul ~ Hit or Miss 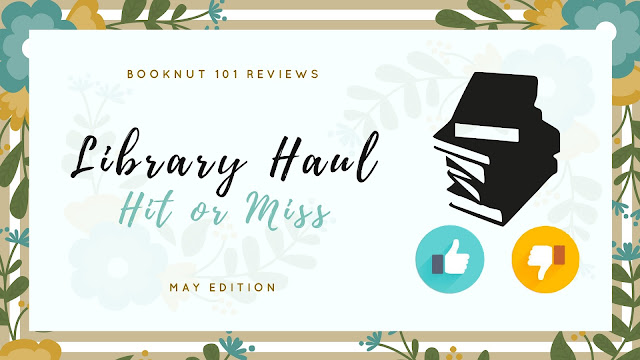 This month's library haul was an exciting line up.

As is the case with most public libraries, finding the books you're looking for is never an easy feat. So when I spotted several members of my TBR list, I just had to grab them up before they disappeared into the borrower void again!

All of these titles are ones that I've been meaning to read for awhile now, so I definitely approached each one with high hopes. Some lived up to the other bookworm's stellar reviews and my own expectations...whilst others unfortunately missed the mark.

Find out more about this month's hits and misses below! 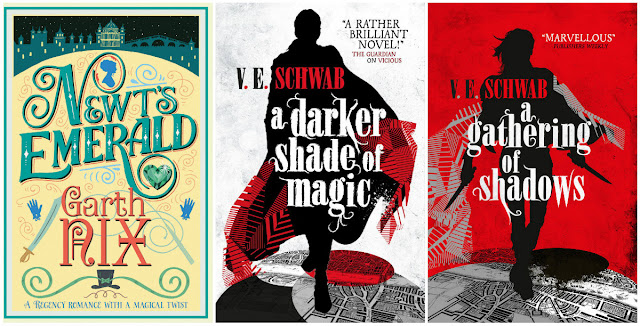 Garth Nix's Newt's Emerald combines the two things I adore most - the genre of Regency romance & Garth Nix's magical storytelling. Lady Truthful (aka 'Newt') is such a delightful character whose shenanigans are a combination of ingenuity and comedy. This is honestly the kind of book you put down only when you've finished it...only to pick it back up all over again for another read!

I had heard so much about this series and its unique preface. Finally having the chance to read it, I dove in with an open mind and a willing imagination. A take on the concept of parallel universes, A Darker Shade of Magic is a stunning example of fantasy world building. I could picture everything so vividly and adored the complexity of the plot and its characters. A perfect start to a great series.

(3) A Gathering of Shadows by V.E. Schwab

No spoilers but...wow. Normally sequels, for me, tend to be a tad slower. The plots often lag, or characters take their time dealing with the main issue at hand. But A Gathering of Shadows delivered the vibrant, rich writing A Darker Shade of Magic introduced us to and didn't fail to have me hooked from start to finish. It also set up a brilliant lead up to the next book in the series (which I, for one, cannot wait to read!). 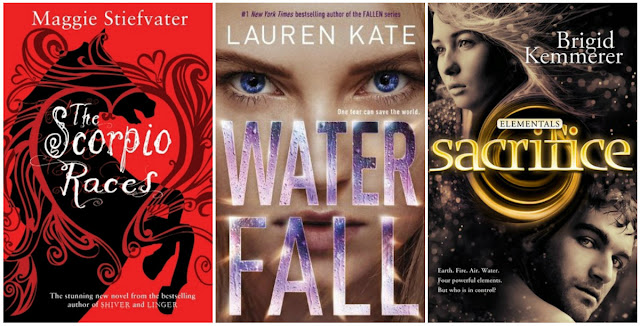 Teardrop was such a great read that I expected Waterfall to deliver us a killer plot and another unique twist on mer mythology. It definitely started off promising! However, plot confusion, slow pacing, and a general lack of direction, overwhelmed Lauren Kate's normally engaging storytelling.

(2) The Scorpio Races by Maggie Stiefvater

I'm so conflicted!! Every single part of me wants to love this book. Maggie Stiefvater has created another noteworthy read, beautifully conceptualised and written. It's just that I couldn't connect with it the way I wanted to. Perhaps it was the pacing, the lack of action, or the limited backstory regarding the Races themselves. Maybe my high expectations ended up being my own worse enemy! Either way, The Scorpio Races was a good book - it just wasn't a book I'd read again.

Another conflicting read because I love this series. I do. But somewhere along the way it just lost its momentum. I've read series where the book count reaches 20 or more, but each new book in the series has the same great pacing and feel as the very first. But as much as I was looking forward to reading Michael's story, Sacrifice and its plot felt more like a series afterthought than a standalone.

Have you read any of these hits or misses? Which book were apart of your latest library haul?