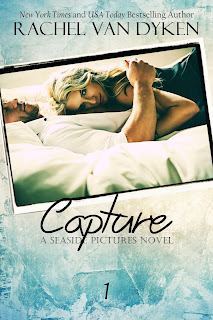 Losing your ability to speak at the age of seventeen; it’s not normal or fair.

But trauma, has a way of throwing normality out the window.

Dani lives anything but a normal life. Her sister is married to one of the biggest names in Hollywood. Her best friends are rockstar duo AD2. And she has more love around her than most people experience in a lifetime.

But that doesn't change the fact their parents are dead. Or that it's her fault.

It seems her new normal is being a mute, living on the inside, unable to actually communicate on the outside. That is until Hollywood’s newest heartthrob Lincoln Greene hires her as his assistant for the summer.

But that doesn't stop her from wondering...if things were different...would he want her? If she was whole, would he be the other half?

Add this book to your Goodreads bookshelf

Or grab your copy today via:
Barnes & Noble
iBooks 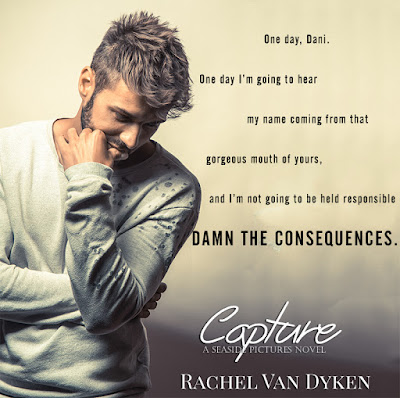 '“Finally!” Jaymeson pointed at both of us. “Lincoln, show her to her mark. Dani, for this scene you’re simply staring at him like you want to eat him. Think you can do that?”

I nodded. Any woman could do that. Most men too.

A techno mix of AD2’s latest song filled the air as the extras started dancing around us. I stayed  glued to the wall while Lincoln delivered his lines to Pris, and then he lifted his head, meeting my gaze.

The breath left my chest on one slow exhale as he moved toward me, his body making fluid purposeful movements through the crowd. My lips parted; my entire body felt heavy as he approached.

He stopped in front of me, his forehead grazing mine as he leaned in a few inches. Our breath mingled as the music and scene faded around me.

Holy crap on a cracker. I almost experienced my first stroke — at seventeen.

“You okay?” Lincoln’s eyebrows knit together in concern.

I licked the lipstick from my lips and nodded quickly.

Jaymeson approached. “Time for the kiss, remember kissing, not hockey. Clearly, you were confused earlier.”

Lincoln gritted his teeth and let out a little groan.

I patted his arm and grinned, my way of encouraging him. He seemed to pale more. My stomach sank.

Maybe it was me. I was the problem.

Not the kiss, but me. If he’d had trouble kissing my gorgeous sister, how was he going to be able to kiss me?

“You ever been to a party?”

I rolled my eyes.

“Ever made out with a guy at a party that wasn’t your boyfriend?”

I thought about it then slowly shook my head.

“So that’s what this scene is about. It’s about a guy seeing a girl from across the room and wanting her so badly that he’s willing to cheat on his own girlfriend for just one taste. Granted, he’s supposedly drunk and high, but that just takes the romance out of it, doesn’t it?” He released my cheek and stepped back. “Imagine you’re trying to attract me, make your body as inviting as possible. Hell, just stand there and look at me, and you’ll sell it.”

Sell it. I repeated the words in my mind. I could do that.

Because I wanted him to kiss me.

It made my heart beat faster. My blood pump harder. And for the first time since my parents’ death, I was actually excited about something. Nervous, but excited.

I must have surprised him again because his eyes darkened, and then he grinned. “One day, Dani. One day I’m going to hear my name coming from that gorgeous mouth of yours, and I’m not going to be held responsible for my actions… damn the consequences.”

“Quiet on set! And action!”

There was no warning. Suddenly, Lincoln’s mouth was fused against mine, no teeth, just his soft lips pushing, prodding, moving slowly back and forth until his tongue slid through and made contact with mine.

Heart racing, I opened my mouth enough to deepen the kiss as heat washed over me.

He groaned and dug his fingers into my shoulders then slid his hands down my back and gripped my butt. I let out a squeak of surprise as I flicked his tongue with mine.

His chest brushed roughly against mine; my breasts ached at the sharp contact. I let out a little hiss at the exact time Linc let out a groan and nudged his knee between my legs.

Slowly, Lincoln pried himself away from me, chest heaving.

“No,” Lincoln argued without taking his wild grey eyes off me, “I went off script. We need to do it again.”

“The hell you do,” someone mumbled. I wasn’t surprised to see Demetri glaring daggers at Lincoln’s back. Alec was next to Jaymeson, giving him an earful. I noted the strong tick in his jaw.

“Fine.” Jaymeson waved them both off. “We’ll do it again.”

This time the kiss was slow, languid in its movements. Hot waves of pleasure coursed through my body as his tongue slid seductively pass my lips. His taste, the feel of his mouth was unlike anything I’d ever experienced. Greedily, I moaned, desperate for more of him as I reached for his shirt then fisting it with my hands and tugging him tighter against my body, wanting more contact with him. I felt every plane of muscle as he slowly turned us so his back was semi facing the camera. His knee nudged my legs apart as pressure increased down the middle of my body.

I hadn’t really looked long at the script, but I was pretty sure that this wasn’t part of it.

Not that I was complaining.

He rocked into me, my back connected with the wall. With a possessive growl, he nipped my lower lip then started kissing down my neck. Kissing in public had never been my thing — but maybe that was because I’d never kissed Lincoln.

I would kiss him anywhere. All he needed to do was ask.

Body humming with pleasure, I let out a little gasp as his warm lips met the pulse on my neck.

Then his tongue licked where his lips had just been. His knee rose higher and higher as my body sank onto his; the first contact of his leg had my body screaming with pleasure — just a little higher, just a little more.

“Cut!” someone shouted, though it didn’t sound like Jaymeson.

Suddenly, Demetri was pulling Lincoln away from me and glaring daggers at both of us. “I think you guys got the scene.”

Embarrassed, I looked down, tucking my silky hair behind my ear. Did I really almost just dry hump Lincoln Greene’s leg? In front of about twenty people, including my sister?

“You sure?” Lincoln asked, voice hoarse. I glanced up at him, his chest was heaving with exertion, his lips swollen. “Because I could have sworn I messed up my lines.”

“There are no lines, you bastard,” Demetri muttered under his breath.

“Damn it!” Jaymeson shouted. “Hey, guys, I’m going to need you to shoot it one more time. Remember, Lincoln, you’re supposed to proposition her.”

Rachel Van Dyken is the New York Times, Wall Street Journal, and USA Today Bestselling author of regency and contemporary romances. When she's not writing you can find her drinking coffee at Starbucks and plotting her next book while watching The Bachelor.

She keeps her home in Idaho with her Husband, adorable son, and two snoring boxers! She loves to hear from readers!

Want to be kept up to date on new releases? Text MAFIA to 66866! You can connect with her on Facebook or join her fan group Rachel's New Rockin Readers. Her website is www.rachelvandykenauthor.com.