I am so excited about this fantastic young adult thriller, and I’m thrilled to be sharing it with you. Elora is sharing an exclusive excerpt with us, and a giveaway, so be sure to check it all out! 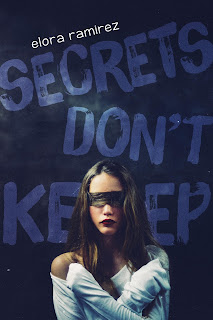 My name is Kera Collins, and I would do anything for a golden nod.

At first glance, my life appears perfect: the best friends, the best school, the attention of Dex Albright, the deliciously irresistible grandson to the Headmaster.

All I need is the prestige behind La Boheme, an elite secret society formed within the walls of my school, and my life would be complete. Once I’m in, I’ll be the one with all of the secrets.

It’s just…no one told me these secrets could kill.

I know most people don’t get excited about the beginning of another school year, but I’m not most people, and this isn’t your ordinary school. And somewhere deep inside, I think there’s a tiny glimmer of hope that maybe this will be the year I get a golden envelope. It sounds hilarious and fake, but it’s legit, and the definition behind Grove’s legacy of A-list alumni.

A secret society offering immediate acceptance into an Ivy League of your choice. Social proof that lasts for decades. First dibs on societies that are just tiny rumors on our nation’s radar. Skull and Bones. Euclians. From there, the influence is unlimited. The society dates back to our school’s origin and holds roots in the birth of some of the most promising universities.

Essentially, La Boheme is the breeding ground for the nation’s elite.

The envelopes come the first week of school. I would do anything for a golden nod. I rub my fingers together in a small circle and daydream about endless funds and absolute power.

We make our way down the cobblestone drive and I watch the lacrosse team, already on campus for practices, run drills on a nearby field. Given the way a few of them keep tripping over their sticks, I imagine this must be the first year team. To their right a few guys throw a football across the quad. Everywhere students are getting situated and carrying boxes into their tiny rooms, now makeshift homes until Christmas break. A slow smile spreads across my face and I nervously tap my fingers against my bare legs.

My phone vibrates and I glance down to read the text. It’s Season.

OMG where are you?! You’ll never believe the rug I brought back from Bali. It’s divine.

I shake my head and type in a quick response. It’s about time you texted. I just got here. Be there soon.

I shift in my seat with anticipation. This year, Season and I managed to get into Ivy Hall, the building reserved for a select number of seniors. It’s by and large the most striking of the dorms, with stone edifices and ivy that snakes it’s way up and over the walls. For the past three years, we dreamed about living here one day. It rests against the back of the campus and in front of a wooded area that’s a rumored host to many soirees reserved for the third and fourth years.

But that’s just a cover. Those parties? They’re La Boheme. At least, that’s what I’ve heard. Just getting into the dorm feels like a transcendent promise.

I gaze out the window and shuffle my feet in anticipation. 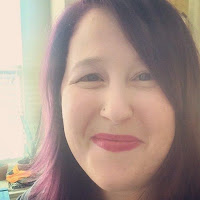 Elora Ramirez has been telling stories her whole life.

It started when she was four, when she taught herself how to read and write as a way to entertain herself while her grandmother kicked and danced in aerobics class. She cut her teeth on books from Dr. Seuss and writing anywhere she could find the space -- including her Fischer Price kitchenette, the pages of picture books, and Highlights Magazines.

She's matured a bit since then, now choosing to write in the margins of her books and on the mirrors of her apartment ideas and thoughts surrounding story and what makes us human. You can read more on her blog, eloranicole.com.