Music Monday ~ The Sea of Tranquility by Katja Millay 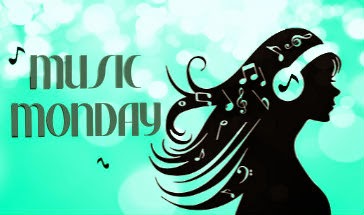 It's Music Monday! Time to pick a book & pair it with some winning tunes...

This Monday's pick is Katja Millay's Sea of Tranquility. You can check out my full review of the book here.

Sea of Tranquility is a deeply emotional & intriguing YA novel about a lonely boy, an emotionally fragile girl, and the miracle of second chances. Today I will be sharing a few of the songs from the playlist I've put together for this fantastic book.

The first song is Kiss Goodbye by Little Big Town. To me, this song embodies the struggle for Nastya and Josh. For Nastya, these lyrics are about letting go of the past and of who she used to be. And for Josh, they're about trying to hold onto Nastya...and also knowing when it's time to let her go.


'When you lose something
It’s all that you want back
You’re waiting patiently
But it don’t work like that.

(...) Well the hardest part
Yeah it hurts so bad
Is when she spreads her wings
But it’d be a selfish thing
To try and hold her back.

The second song on the playlist is Black Sheep by Gin Wigmore. This song fits perfectly with Nastya entering Mill Creek Community High School in chapters 1 & 2. Dressed in her tight black clothes, four-and-a-half inch stilettos, and heavy makeup, she's the very image of a badass girl you don't want to mess with. It's all about the shock factor.

'Everybody's doing it so why the hell should I?

(...) I'm a bad woman to keep
Make me mad, I'm not here to please
Paint me in a corner but my colour comes back
Once you go black, you never go back
I'm a black sheep.'

The final song I wanted to share is You Ruin Me by The Veronicas. This song - and its music video - link closely to the arts, and performing. It reminded me of Nastya's past and the event that changed her world. It's almost as if the lyrics of this song are addressed to the man who ruined Nastya's life.

'Job well done
Standing ovation
Yeah you got what you wanted
I guess you won.

(…)Cause you play me like a symphony
Play me till your fingers bleed
I'm your greatest masterpiece
You ruin me.'

Do you think these songs fit Katja Millay's The Sea of Tranquility? Do you have any songs to add to the playlist? Let me know below!
________ 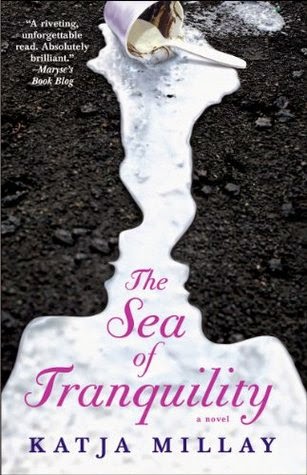 'Former piano prodigy Nastya Kashnikov wants two things: to get through high school without anyone learning about her past and to make the boy who took everything from her—her identity, her spirit, her will to live—pay.

Josh Bennett’s story is no secret: every person he loves has been taken from his life until, at seventeen years old, there is no one left. Now all he wants is be left alone and people allow it because when your name is synonymous with death, everyone tends to give you your space.

Everyone except Nastya, the mysterious new girl at school who starts showing up and won’t go away until she’s insinuated herself into every aspect of his life. But the more he gets to know her, the more of an enigma she becomes. As their relationship intensifies and the unanswered questions begin to pile up, he starts to wonder if he will ever learn the secrets she’s been hiding—or if he even wants to.

The Sea of Tranquility is a rich, intense, and brilliantly imagined story about a lonely boy, an emotionally fragile girl, and the miracle of second chances.' (x)
Posted by BookNut 101 at 18:52