It is has been an absolute pleasure to have gotten the chance to interview E. J. Mellow, author of the Dreamland series! 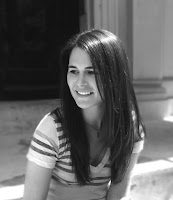 E.J. Mellow is the author behind the NA Contemporary Fantasy trilogy The Dreamland Series.

When she's not busy moonlighting in the realm of make-believe, she can be found doodling, buried in a book (usually this one), or playing video games.

Residing in Brooklyn, NY she is a member of Romance Writers of America and their Fantasy, Futuristic & Paranormal Chapter.

Booknut: First off, thank you so much for taking the time to answer my questions! It’s a privilege for me to have the chance to help readers get to know you and your books better :)

E.J: Thank you so much for having me! I absolutely adore your blog and it’s truly a huge honor for me to be featured for this Q&A!

Question 1: If you could pick one book that inspired you to become an author, what would it be?

E.J: Ooo, this one is tricky because I think there are a few books that got me on the path to writing. But if I had to pick, Island of the Blue Dolphins by Scott O’Dell was one of the first books I remember reading as a young girl that wasn’t part of a school assignment and completely got lost in. It really made me love the written word as a tool we could use to escape.

Question 2: What inspired The Dreamer’s plot and concepts?

E.J: The idea for The Dreamer actually came from a dream I had that lasted a whole week. It was so strange! The same characters and plot would continue on each night as soon as I fell asleep. It felt like I was closing my eyes and starting a movie right from where I left off the night before. It was really weird. Especially because there also happened to be a guy…and yes, he was very good looking *coughs*. Eventually, the dreams ended and the absence of them actually left me a little bereft. Do I sound crazy yet? Ha-ha. But after telling a friend about them is when the idea for my book came about.

Question 3: Who is your favourite Dreamland series character to write about?

E.J: Now that I’m done writing The Divide, book 2 in The Dreamland series, I’ve really had fun with Rae. He’s very optimistic and kind of a big dork. A perfect partner to Becca and he’s always cracking me up!

Question 4: If you could pick 3 songs that reflect the Dreamland series, what would they be?

E.J: I LOVE this question since I have to listen to music while I write. Three songs that I tend to put on repeat are Artificial Nocturne by Metric (this song literally embodies so much if you listen to the lyrics), Fly by Ludovico Einaudi (a classical song), and ironically a song called Dreamer by Adna. This last one is simply beautiful.

Question 5: The cover of The Dreamer is stunning! What inspired the design?

E.J: Thank you so much! The idea of the unconscious mind and what that could be if represented visually is what inspired me to seek out and create this particular image. I was extremely lucky and practically jumped from my seat when I found the photographer Elena Kalis’ work. Her underwater photographs are breathtaking. The rest of the elements, like the stars and colours, I placed there because of a particular aspect in my book (which I can’t get into too specifically for spoiler reasons), but if people have read the story they’ll understand more of the connection and what it’s trying to symbolize.

Question 6: What makes your main protagonist Molly different from other NA female leads/heroines?

E.J: I’m not sure if this makes her different per se, but I really wanted to start off writing a protagonist that was a bit normal, in the sense that she wasn’t already a bad *ss heroine. I LOVE me some tough chicas, for sure, but I wanted to tap into a person that feels very human and unassuming, at least in the beginning. Someone who won’t only ask herself how in the world she’ll be able to rise to this challenge, but so will the reader. Molly is someone who will grow tremendously in this trilogy, ending far from where she started out as a character, and my hope is that readers will take a similar journey with her.

Question 7: What is your favourite moment from The Dreamer?

E.J: Oof, another tough question. Let’s see…definitely the moments when Molly is in her dream world and maybe more specifically when she tries to enter a certain meeting unannounced, but fails. I don’t want to give too much away, but her determination in that moment I really enjoyed, it’s a little glimpse of what’s to come. The later argument with Dev that follows was also exciting for me to write.

E.J: It was easier in the fact that my characters and me are much better acquainted now. Their voices speak to me more fluidly and I get really excited every time I sit down to hang with them on the page.
It was harder in the sense that there’s a lot more going on in the second book, some scenes that were tough for me to write and get through, emotionally.

Questions 9: What can readers look forward to in Book 2?

E.J: THE DIVIDE is a lot more action packed. Now that we know a bit more of what’s been going on with Molly and her dreams, the world of Terra really expands in book 2. Molly and her powers get tested in ways no one is prepared for. There’s also a lot of character growth and a couple of…surprises, which is all I’ll say about that. ;-)

Question 10: If you could give one piece of advice to aspiring authors, what would it be?

E.J: Never give up! I know that sounds cliché, but in this business of querying agents on top of writing on top of finding an audience on top deciding to self-publish or trying to go traditional, it can all bog you down and make you lose focus on why you’re telling your story in the first place. I’ve definitely had this happen many times.
But one piece of advice that I actually have written on a piece of paper on my bathroom mirror is from author Julie Kagawa. She wrote it in the back of one of her acknowledgement sections and it truly keeps me on path every time I see it. The quote is, “The ones you made it are the ones you never gave up.” Isn’t she just a brilliant guru! ;-)


Be sure and check out E. J.'s The Dreamer today! 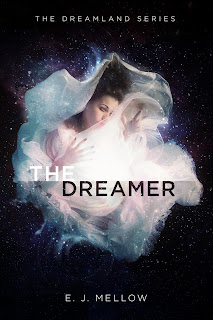 It’s night. Always night. Dreams guard against the evil forged by nightmares. Infinite shooting stars illuminate a moonless sky. A city stands alone, surrounded by a darkened field. On its fringes, a man watches one star separate from the masses and fall. What survives the crash will unveil a secret centuries long hidden...

Molly hasn’t slept well since the night of her twenty-fourth birthday. Being struck by lightning might have something to do with it, but then again, her chicken did look a little undercooked at dinner. Whatever the culprit, her life quickly catapults from mundane to insane as, night after night, Molly is transported through her once dreamless sleep to a mysterious land illuminated by shooting stars.

There she meets the captivating but frustrating Dev, and together they discover Molly possesses a power coveted by his people—the ability to conjure almost anything she desires into existence. Seduced by the possibilities of this gift, Molly shifts her attention from waking life toward the man, the magic, and the world found in her dreams.

But Molly must ask herself—does something truly exist if you only see it when you close your eyes?

Faced with the threat of losing everything—her job, best friend, boyfriend, and most importantly, that little thing called her sanity—Molly will learn just how far she’ll go to uncover what is real and what is merely a figment of her imagination.

Add The Divide (Dreamland #2) to your bookshelf!