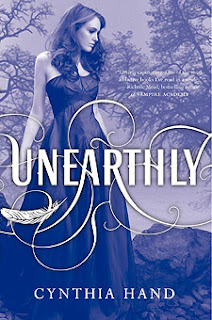 I'm a sucker for Nephilim stories...and this one was no different.

I love how as a heroine Clara is so human.

Maybe not actually human human (you know, as a species), but she acts human. She has a complex mix of emotions. She feels things strongly and is not one hundred percent confident in her own decisions.

The highlight? She's attractive...and she acknowledges it!

She understands that beauty comes with her being a half-angel. Unlike some heroines who like to spend five chapters into the book whining about their lack of figure!

The story had a nice flow overall, with a high engagement factor due to the cute scenes interwoven throughout (e.g. Clara's birthday present scene!!)


There were a few flaws though.

One is the fact that she falls so hard for Christian.

I mean, yeah girl he's hot. Totally understandable to have a bit of jaw-dropping going on.

But he lacks...class? A brain? Self-respect? Humility? He basically acts like he's 'God's gift to women' and maybe he is but that's still no excuse!

Another thing is that I would have expected the book to focus more on her purpose.

I won't spoil it for anyone, but the emphasis on Clara's purpose sort of slacks off - and what about the Black Wings? Did they just decide to take an impromptu holiday?!

The book seems to move from 'purpose and plot' to 'social and love life'.

There isn't much difference between the two guys (isn't there always two?!), except that Tucker is just, for me, cuter. I don't know - it may be his sarcastic sense of humour and the fact he doesn't love himself like Christian, but Tucker's got my vote!