Dive into The Dreamcatcher with this exclusive sneak peek!

Read on for the sneak peek...

Twisting a path through the remains of the fallen Metus, Dev tried not to think further about his own recent loss of soldiers, knowing they would be mourned silently, the Terra way. Instead he searched for something that might explain why the creatures were able to move so close to Terra’s borders undetected. The thought sent a chill down his spine. What if they had shown up like that near him and Molly? He was a good fighter, but he wasn’t that good. Rubbing the worn area on his Arcus strap, he took a moment to look up into the night’s sky, watching the endless stream of sleeping minds zipping by. How many were infected with nightmares tonight? How many were adding to their enemy’s numbers?

His main solace rested in the fact that Molly was awake now, her mind untouchable. But they wouldn’t always get so lucky. And he wondered if that was Terra’s plan. Could the energy he knew was churning inside her be used to fight? Defend?

Turning toward the city, Dev caught the approach of the medic vehicles, their sleek chrome bodies designed to camouflage their surroundings. As they hovered to settle beside a few injured Nocturna, their soft hums grew quieter. Sweeping the perimeter, Dev looked for any lingering orange forms in the distance, but all remained dark, undisturbed. Still, his muscles stayed alert, for there was now a truth not even Rae or Aveline could deny—things were changing. The Metus hadn’t attacked in packs for decades, a behavior that meant their numbers were growing rapidly.

Shoving a hand into his front pocket, Dev sought out the tiny round object that rested within and began to trace the spiral design over and over with his thumb as his thoughts similarly looped with disquiet. For this change only meant one thing for his land.

A war was coming. 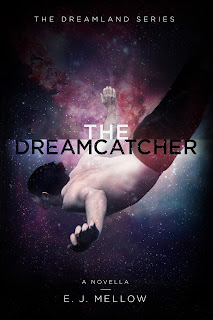 He captured hearts and now he’s captured the spotlight.

Experience The Dreamcatcher, a novella comprised of scenes from The Dreamer told from Dev’s point of view, as well as seven extra scenes that did not appear in book one!

*This is a companion piece to The Dreamland Series and is to be read after The Dreamer for story consistency and spoilers.* 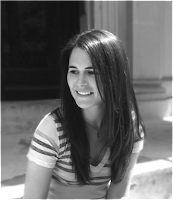 E.J. Mellow is the author behind the NA Contemporary Fantasy trilogy The Dreamland Series.

When she's not busy moonlighting in the realm of make-believe, she can be found doodling, buried in a book (usually this one), or playing video games.

Residing in Brooklyn, NY she is currently working on the third and final book in her series.